Foreign media quoted sources as saying that bidders are considering taking the troubled former home appliance giant Toshiba private at a price of up to 7,000 yen (about $51.41) per share in a deal that values the company at about $22 billion. . If this transaction is successful, it will be the largest acquisition in the Japanese market since a Bain-led consortium took Toshiba's memory chip business Kioxia (formerly Toshiba Memory) private for $18 billion in 2018...

According to reports, the bidder is considering to promote the privatization of Toshiba at a price of up to 7,000 yen per share, and the value of the transaction is expected to reach about 22 billion US dollars (equivalent to about 147.411 billion yuan). 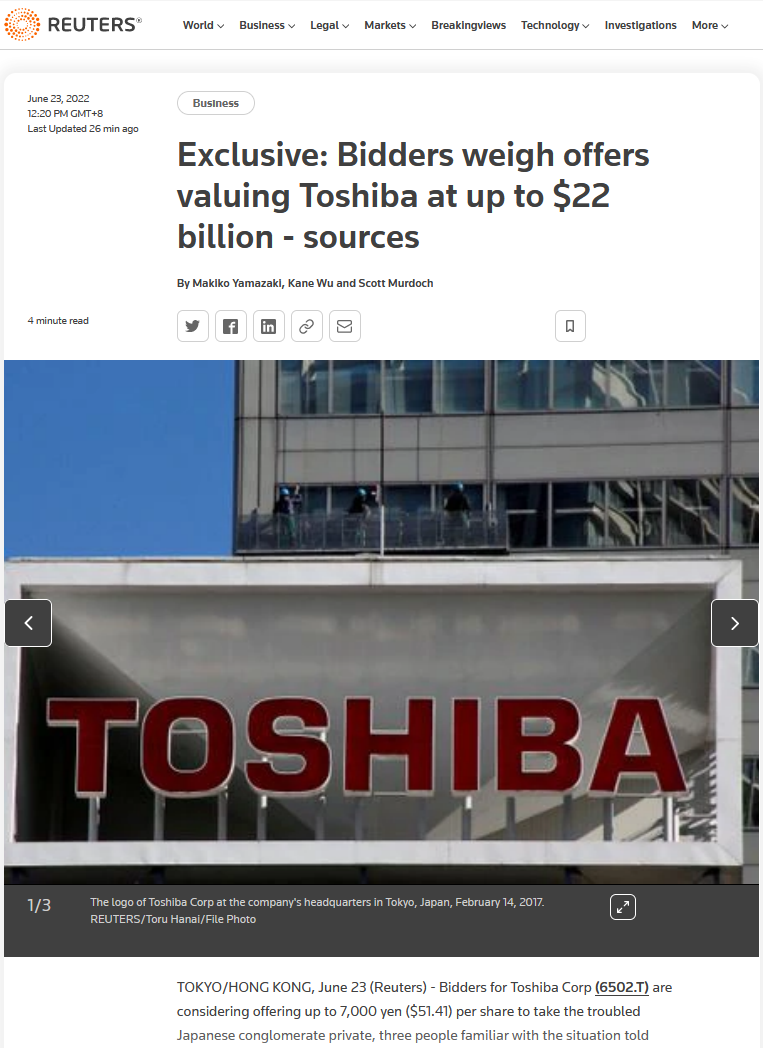 Prior to this, the old Japanese electronics company Toshiba had several times blocked its spin-off plan, and then began to announce that it would explore "all strategic options."

Earlier this month, Toshiba also announced in its official press release that the company has received ten proposals for strategic cooperation, eight of which are for privatization and two for capital alliances. 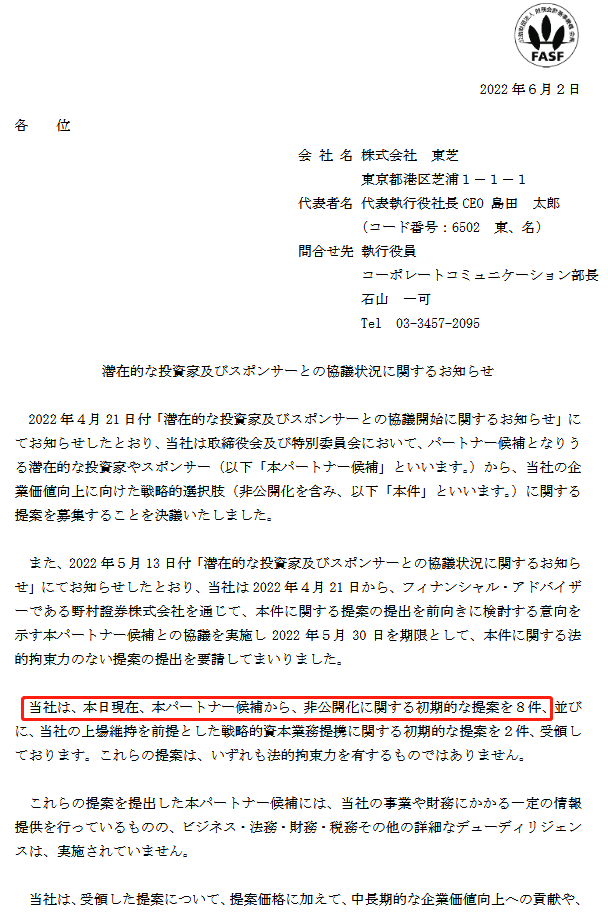 In a press release, Toshiba said it will evaluate the feasibility of financing arrangements and proposals, and select candidates and their potential partners after the June 28 annual general meeting, giving them the opportunity to conduct due diligence. But Toshiba did not disclose which companies made actual offers or which companies would join forces to bid.

In addition, Japanese domestic funds, including Japan Investment Corporation, and many other strategic investors are also paying attention to how they can participate in the transaction.

If successful, the deal would be the largest takeover in Japan since a Bain-led consortium took Toshiba's memory chip business Kioxia (formerly Toshiba Memory) private for $18 billion in 2018.