On April 19, Renesas Electronics held the third press conference to explain the latest progress in the fire recovery situation of the N3 building of the Naka factory on March 19, focusing on production and transportation. 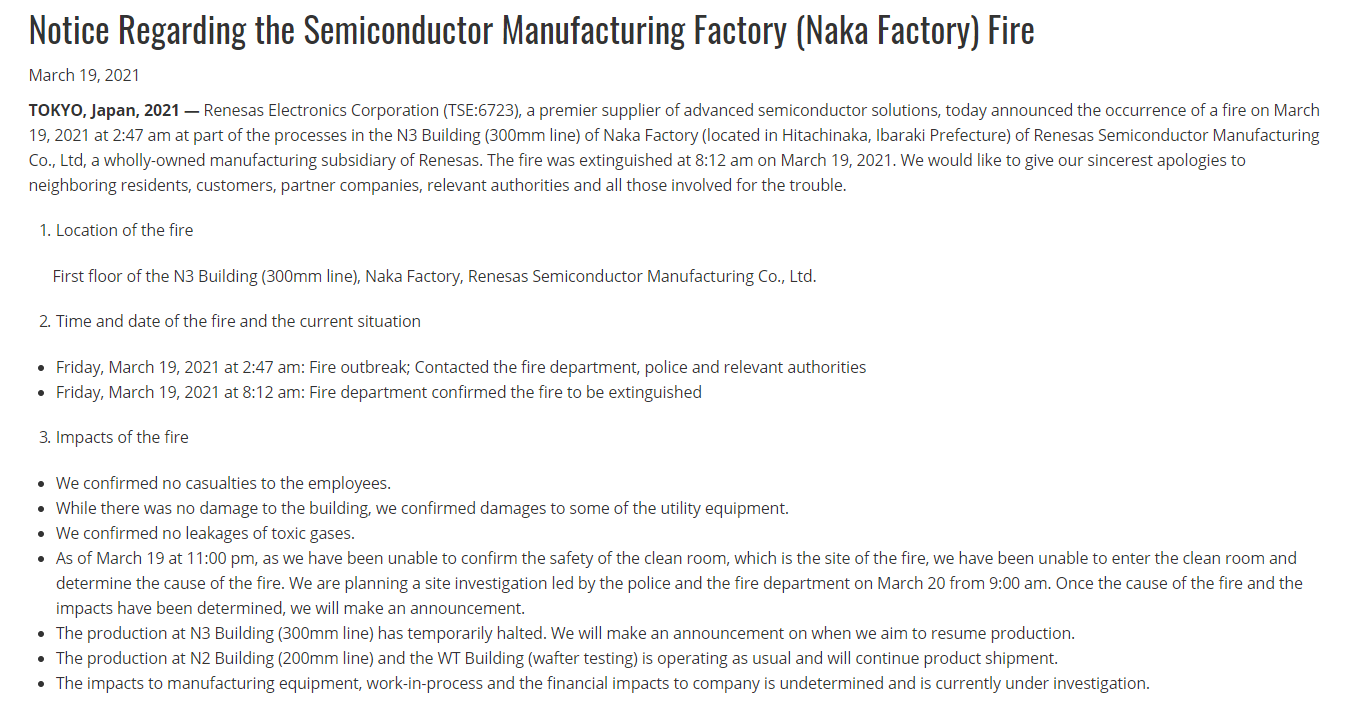 Renesas is working to restore the transportation of products in the N3 building to the previous level. At the press conference on March 30, Renesas Electronics stated that it hopes to ship 100% of the products produced in the N3 building about 100 days after the fire. In the hands of the customer, but currently requires a delay of 7 to 10 days.

Of the 23 equipments affected by the fire, 17 units can be confirmed to be purchased in April, 1 unit is expected to be purchased in May, and 1 unit is being coordinated with the delivery date. In addition, the capacity of the four newly purchased equipment is higher than that of the existing equipment. However, because of the confidence in alternative production, it is possible to achieve 100% recovery without purchasing these equipment in the short term. Renesas Electronics said that in order to ensure long-term guarantee and increase production capacity, the company will continue to cooperate with equipment manufacturers to purchase the remaining four devices.

The fire of Renesas Electronics started with copper plating equipment. Before the fire, there were 7 available copper plating equipment. The fire damaged 3 of them, and 4 devices were not affected. Renesas Electronics emphasized that the four undamaged copper-plated equipment used different battery structures, because similar incidents of the same reason are not expected to occur in the future.

Renesas Electronics believes that if a fire occurs in the future, the company can control the loss to a smaller extent.